It’s another day at Asakusa and this time to take in the sights at dusk and to have a look at the Hagoita-ichi fair at the Sensoji temple grounds.

Returning to Asakusa at the expense of visiting other sights in Tokyo isn’t a very easy decision to make. For one, I hadn’t even seen the Imperial Palace and the gardens. I had also wanted to go up the Sumida Skytree but simply didn’t have the time. Again, I think that at some point, when I do return to Tokyo, it would be for a longer period and I could plan my itinerary a lot better.

This is the famed fugu fish (puffer fish) in the aquarium near Asakusa. A meal there could cost a bomb and certainly wouldn’t be in my contemplation. Maybe next time…

Here we are, back again to Sensoji temple for the Hagoita-ichi fair. 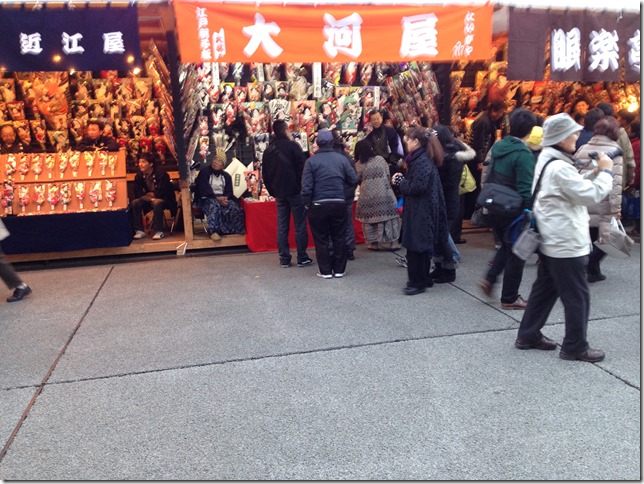 This is the Battledore Fair – where hundreds of colourful rectangular boards adorned with beatiful motifs of women, samurai warriors, and even politicians are sold for ornamental purposes. See if you could spot one with Prince William and Kate Middleton in the picture directly above. I don’t suppose that you could use these to play vigorous games of battledore, it would be rather impractical as well since some of the dimensions are too small to play the game in any conceivable manner. 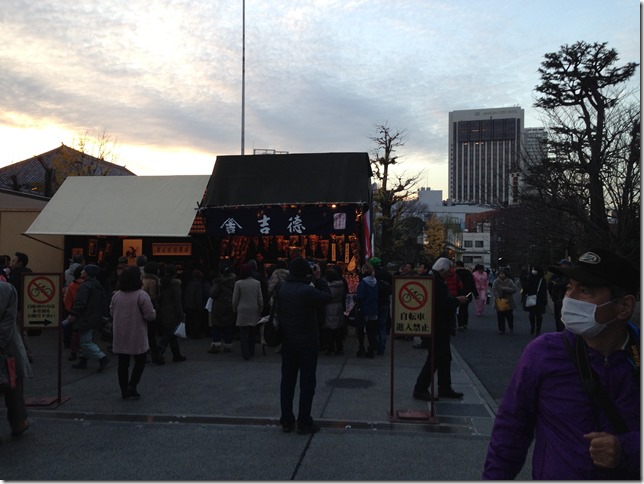 The tradition is that once a battledore piece is sold, the vendor would clap their hands with the buyer in unison. Some occasional shouts may be heard as well to announce the successful purchase.

After that, I could already sense the nearby Nakamise-dori shopping street becoming alive with night lights too. But first, there are some sumptuous street snacks to savour too.

I love kara-age. Fried chicken prepared to perfection – doused with the right amount of mayonnaise. There are also other Japanese snacks there too – okonomiyaki and also oden. For me, lugging the beloved Dreamcast console along proved difficult to enjoy anything else. Next time, I will stay in Tokyo longer so I don’t have to miss out anything. 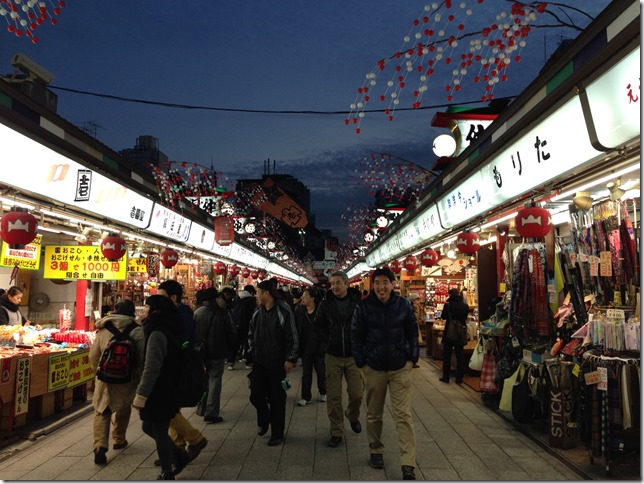 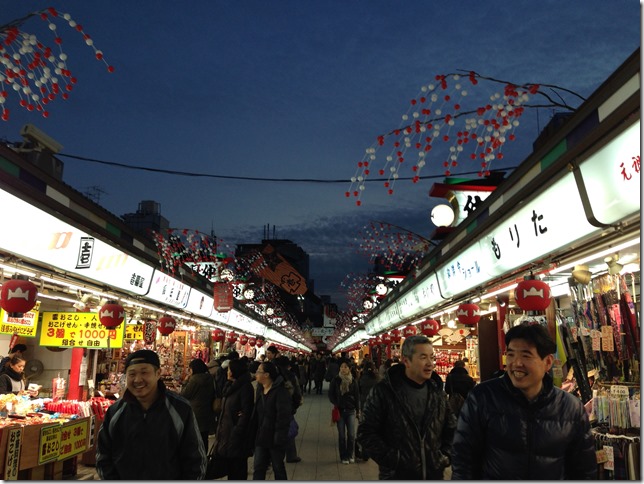 It’s a joy to see friends coming together to draw in the sights and sounds of this bustling street. This place just gives me amazingly good vibes. 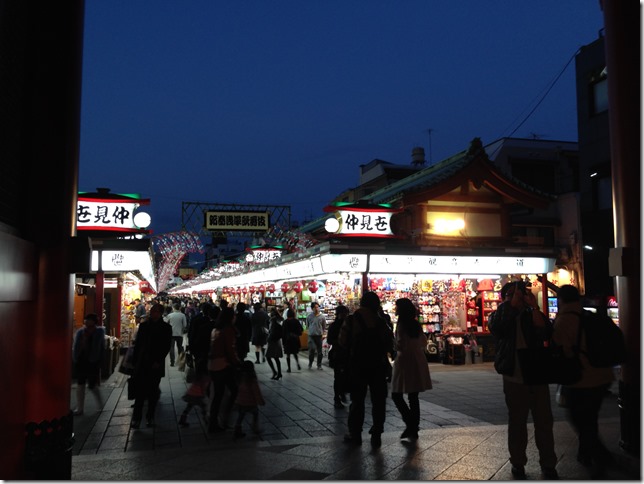 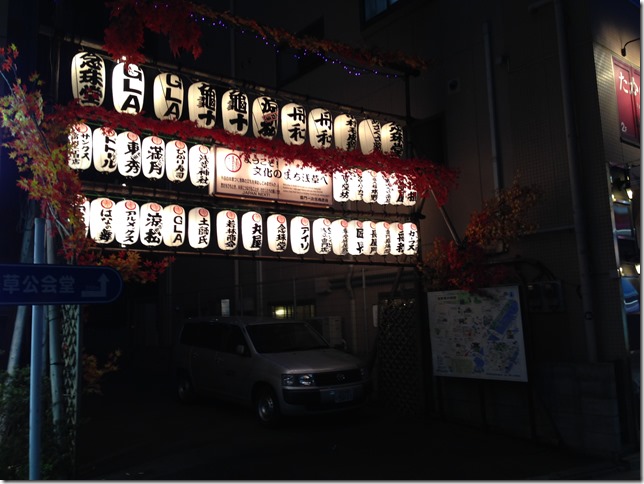 Below are also some pictures of Ginza, which I stopped by along the long journey to Shinjuku to see what nightlife there is about.

Walking along Ginza in the frigid weather and drinking in the Christmas atmosphere was one of the better things I’ve experienced in a difficult year 2013. I thought I was at peace and with a better perspective to think things through. First, there are no one else around who knows me and next, I was far far away from some people (read: idiot bosses in my ex-firm) in Malaysia whom I absolutely detest. It’s important to believe that once you could travel alone by yourself to a foreign country and take care of all logistics and other pertinent matters, you can do anything that you set your mind to. These detractors and naysayers don’t matter at all in your life. Just kick them out like bad crap.

I didn’t stay long at Ginza since I was already there yesterday, so I travelled to Shinjuku shortly after.

The pace of life here is simply out of this world too. 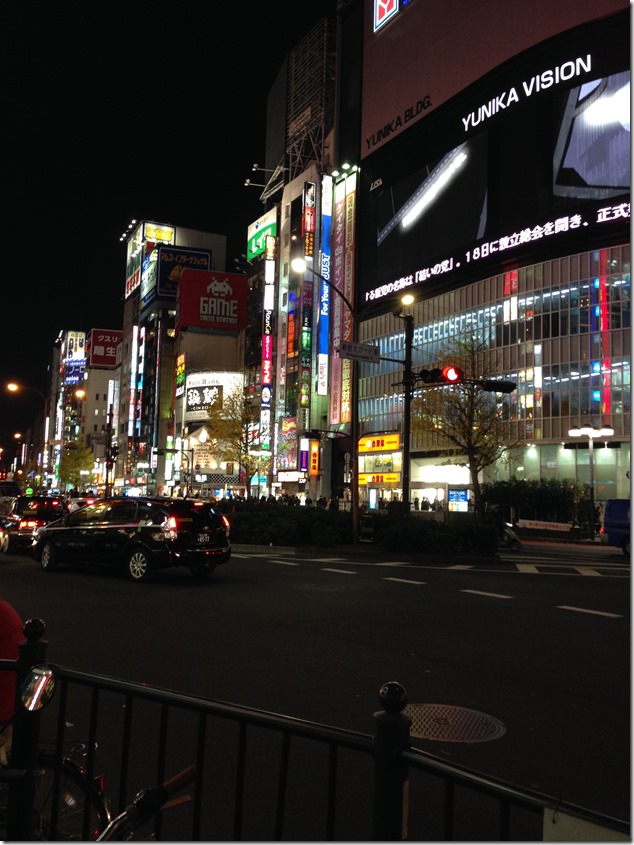 So many people streaming from all direction but the streets are so clean. Kuala Lumpur is so…different by comparison.

I visited this large Kinokuniya bookstore as well. Pity that only one floor was dedicated to the English language. Perhaps if I had studied Japanese language more assiduously, that would have been a book haven to me.

Here are the final few pictures of Shinjuku at night:

You could see so many ‘Game’ outlets around Shinjuku. Maybe you could count McDonald’s as part of this statistic as well. Christmas was in the air and you could also feel it…

(next post: Shimbashi, Meiji Jingu and Harajuku…and sayonara, Tokyo – how I missed you!)