For this entry, hitherto unprecedented in Leidartikel’s history, we feature a guest blogger and fellow Arsenal fan who would be providing his insight into the Arsenal vs. Malaysia XI match which was held at the Bukit Jalil Stadium on 24 July 2012. I did not attend the match for reasons described here but hey, this blog just got better with the insight of another passionate Gooner.

There are lots of good pictures taken from the match, so take your time and enjoy. Good to have you onboard for this feature, Jeremy!

“Once a gooner, always a gooner.

I have watched many matches during my time in UK and of course the atmosphere is so different back there. Being a Malaysian and an avid Arsenal fan, I would love to share with you a trivia which not many of you might know the answer. 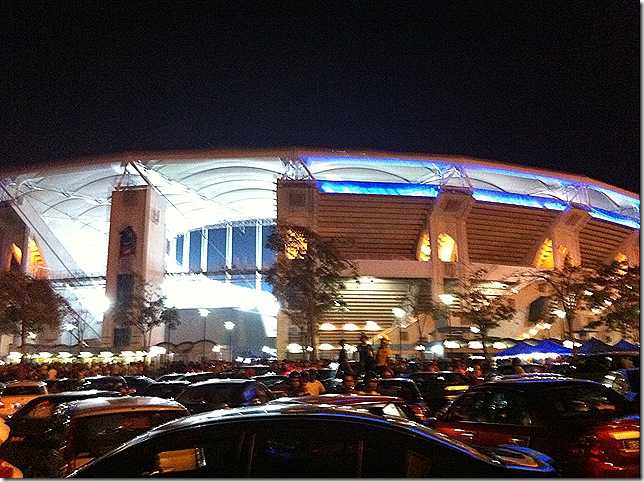 Did you know that the seats in Emirates Stadium are made in Malaysia? Here is the link to substantiate the fact: http://thestar.com.my/news/story.asp?file=/2006/3/7/nation/13577301&sec=nation 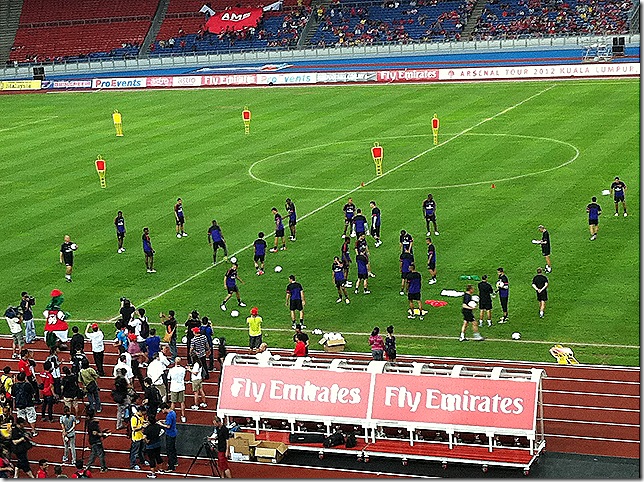 Now, that is what I call Malaysia Boleh!

Moving away from the trivia and back to the game in our very own Bukit Jalil Stadium, I must say this is my first time watching a football match in this stadium. The last time I was in the stadium was for the track and field events during the Commonwealth Games in 1998. (That must have been a really long time). Who knows, we might host the Olympics one fine day. (but before that, the pitch of our National Stadium needs to be fixed!)

Focusing on the game and ignoring the condition of the pitch, I can sum up that the Malaysian National team were the better team and in fact, I was really impressed with what I saw.  Prior to the match, most people out there would have thought that Arsenal FC would steamroll Malaysia XI with  a goal difference of at least 3.

The lesson I have learned: never underestimate your national team. Once Mohamad Azmi Muslim scored for Malaysia in what I describe as a rocket-propelled goal, the stadium erupted with cheers from both Arsenal and Malaysian fans alike.  Being one of the many “Malaysia in heart, Arsenal in soul” fans, I do not mind seeing my country beating my beloved club. 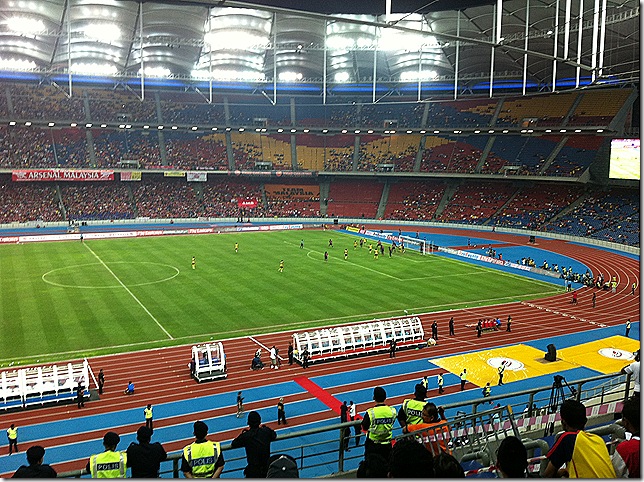 Before THAT wonderful goal from Muslim, Andre Santos should have scored for Arsenal. But kudos to Malaysia for dominating the first half and spraying passes around in an Arsenal-esque manner. The Arsenal players were not their usual self and could not find their rhythm. Even Theo Walcott failed to impress the fans. 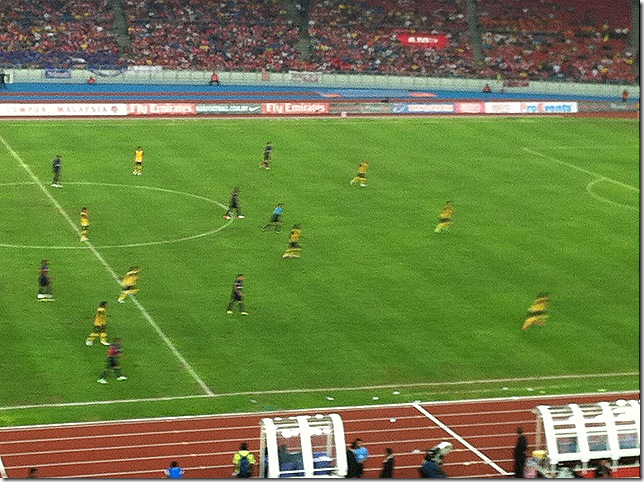 The second half was a different team altogether for Arsenal and the introduction of Thomas Eisfield proved to be a masterstroke by Arsene Wenger. In all fairness, Eisfield to me, was the standout performer. Apart from his goal, he was very much involved in the game. Look out for this guy. Another gem from Arsene’s conveyor belt of talent. 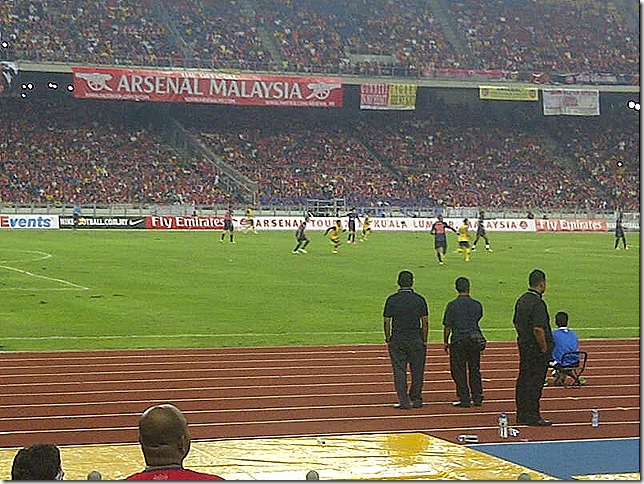 In the end, Malaysia, at the very least deserved a draw. Chuks Aneke scored the ‘dubious’ winner and Malaysia did not deserve to be in a losing side after living up to the nickname of “Harimau Malaya” for more than 85 minutes. 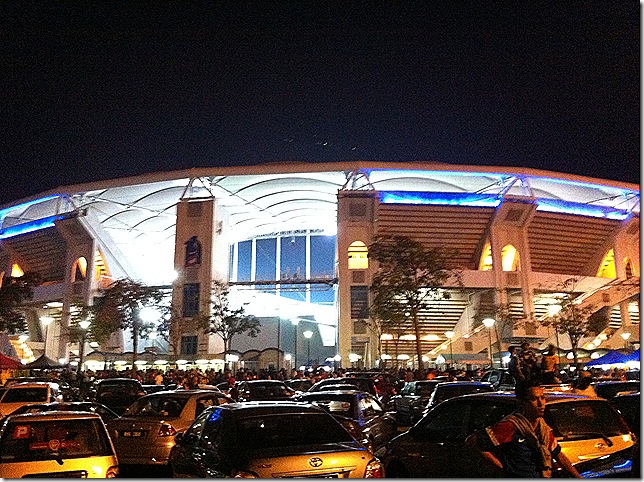 Frankly, I did enjoy the game. At least there were goals but I was NOT impressed at all with the performance of Arsenal. Marouane Chamakh and Benik Afobe were the only strikers in the team and they need more games not in an Arsenal shirt. (Benik; who is currently on loan with Bolton Wanderers has a bright prospect but Chamakh? What more can I say?)

I look forward to the start of the Premiership with three world class strikers in RVP, Giroud and Podolski spearheading the attack. I am very sure that you will see a very different Arsenal team then!”

I second that, bro – if you also add Santi Cazorla and potential loanee Nuri Sahin to the mix, you’d see a bona fide Arsenal team fighting not only for the Premier League crown but also for European prizes. I’m not entirely sure about the Robin van Persie situation, although Roberto Mancini had somewhat cryptically (or was it disingenuously) ruled out a move for the Dutch striker. Whether this paves way for the accursed Man Ure to pursue the striker is open to debate but I’d rather not see the wrong end of the reds snaring our biggest prize.

For more Arsenal reviews for the upcoming Premier League and European Champions League season, you could expect Jeremy to provide his input (time permitted, of course) of most, if not all, of the Arsenal’s matches as they come. Watch this space!