This is the 2nd volume of the first post here.

Johann Strauss’ development period was over by the opus 100-something mark and the next one hundred works bore some of his finest dance pieces ever conceived by the Waltz King himself.

You may have noticed that the ambitious project initiated by Naxos with the Johann Strauss complete Edition meant that the list of Czech / Slovak orchestras still pervades this list. This is understandable, given that most of the hidden Strauss gems are not readily available to the world at large, laying under decades of forgotten memories and of course, Eduard Strauss’ inane decision to burn Strauss family archives at the furnaces located in Vienna’s Mariahilf district and Porzellangasse.

Regardless, excellent performances of Strauss would be down to two things – that of appropriate tempo, sufficient verve and Viennese flair. Also, there is no necessity for a Viennese ensemble to perform the works – but the joie de vivre element must be there. Therein lies Strauss’ ultimate gift of joy to posterity with his enduring works. 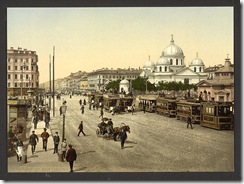 Any listener could be forgiven for thinking that Strauss’ works are generally never really serious (joyful and brilliant as they are), but this particular waltz does exhibit a large degree of pensiveness and gloominess not readily evident in his usual repertoire. I think that this waltz deserves special mention as there are tuneful melodies throughout the work and the ending is also quite unlike regular Strauss works – finishing with a disconsolate trumpet passage towards the end as opposed to the drumroll and flourish.

(Johann Strauss II – Edition vol. 34 – Slovak Radio Symphony Orchestra, Bratislava conducted by Michael Dittrich.) – The playing is balanced and warm, without being overly slow and dreary which could drown a Strauss waltz if caution is not exercised. 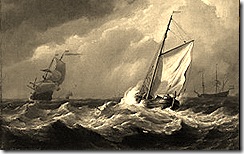 One of the most descriptive of Strauss’ waltzes and the first of his seascape waltz evidencing a lightning storm, the later one being the Nordseebilder Walzer (North Sea Pictures) op. 390.

Of course this work is not just about the seastorm scene in its Coda section – the majority of its waltz sections are lovely and melodious, evidencing Strauss’ growing stature as a composer of continental renown (at that time). 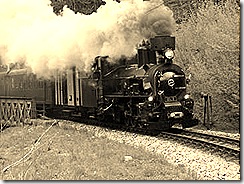 Strauss wrote dance pieces at a prodigious rate, or so we have been told, although his published output didn’t really reach copious amounts like Telemann or Vivaldi concerti or even Schubert’s final count. You could read about the interesting anecdote of Johann Strauss writing an entire waltz in a mere half hour but which ultimately, overestimated Strauss’ capacity for grueling and near-impossible work.

Regardless, this endearing work features some very inspired Strauss tunes – its swirling first waltz gaining speed and ascendancy in volume stands as one of his best.

(Wiener Volksoper Orchester conducted by Peter Falk) – the Vienna Volksoper interpretations are often those that I seek out when wanting to listen to Strauss’ works because of their sensible approach to the waltzes which is neither too fast, nor too draggy. Further, Volksoper recordings are reasonably easy to locate in the market. 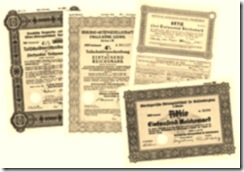 Strauss’ craftsmanship is readily evident in this work – a slow Introduction and Waltz 1A building up in excitement, which each successive waltz part, to the joyful Waltz 4A and then slowing down again with the entire Waltz 5. Waltz 4A was notable for its simplicity yet magnetic joy although it should be mentioned that Waltz 3A and 3B are also equally compelling.

(Slovak State Philharmonic Orchestra, Košice conducted by Richard Edlinger) – the late Richard Edlinger directed the Slovak orchestra with great aplomb in this waltz, accentuating the sprightly parts and never allowed the more serene portions of the work to fall wayside into snore mode. A must-listen. 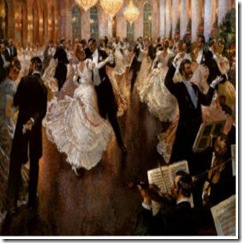 Don’t allow the facile Waltz 1A lull you onto a false road of assuming that this work is less than inspired – this charming composition, while guilty of having some of those predictable melodies like the said Waltz 1A and Waltz 4B, is also filled with some of Strauss’ most delectable tunes like the robust-sounding Waltz 5A and the fleeting Waltz 5B which harks back to Waltz 2 of Carl Maria von Weber’s ‘Aufforderung zum Tanz’ (Invitation to the Dance). This dance piece should rank as one of the best Strauss works of the opus 200-something era.

For me, this waltz also marks the beginning of the chain of splendid waltzes which Strauss wrote for the 1862 Fasching (I don’t consider ‘Die Ersten Curen Walzer’ op. 261 (First Course of Treatments) as a work worthy of mention although its Waltz 1A is quite recommended).

(Johann Strauss II – Edition vol. 7 – Polish State Philharmonic Orchestra conducted by Oliver Dohnányi). This conductor is another Strauss interpreter whom I favour, especially as he doesn’t unnecessarily skip the repeat directions and his overall tempo is also enjoyable. 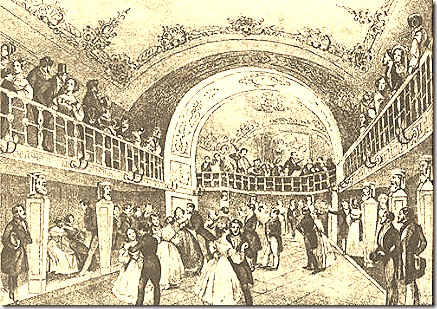 This gentle work is also marvellously-crafted. While not doleful like ‘Abschied von St. Petersburg’, this work should be among Strauss’ most placid-sounding waltzes, with a rather interesting Waltz 5A and Waltz 5B. The overall character of this composition is dignified, and is fit for the patronesses as per the title. 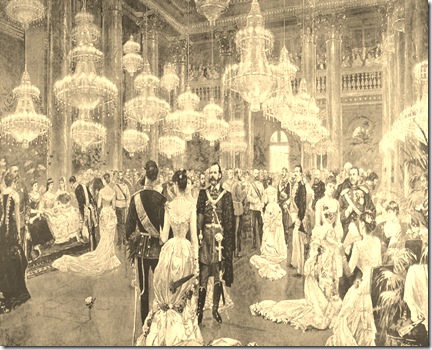 Johann Strauss II at his ultimate, sublime best. Every waltz section is worthy of attention – especially the vigorous Waltz 1A which purports to imitate the movement of motor devices in the 19th century and Waltz 1B which continues the residue of energy brought forward. Waltz 4A and Waltz 4B are also particularly singled out for praise.

(Neujahrskonzert 1997 – Wiener Philharmoniker Orchester conducted by Riccardo Muti) – if you wanted a fiery version of Motoren, this is the version you should go for. 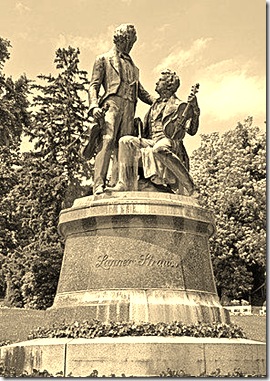 Johann Strauss II’s ‘Wiener Chronik’ was written in the landler style and features, in its Introduction, a snippet of Josef Lanner’s most famous waltz, Die Schönbrunner op. 200. This enjoyable work is cheerful throughout and is chosen on this list for the way its waltz sections are melded together almost seamlessly, creating a perfect chronological analysis of the sounds of Old Vienna dating from the time of Strauss senior and his rival Josef Lanner. 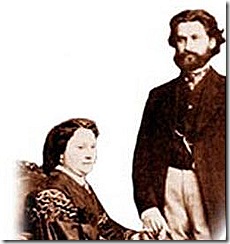 Written during Strauss’ honeymoon with his first wife, Jetty Treffz in Venice in 1862, this waltz sparkles with utter delight right from the very first bar. With a short Introduction, this waltz doesn’t have the length of the regular Strauss waltz although its structure is pretty much the same. Waltz 1A is particularly bright and enchanting, especially with Willy Boskovsky’s version with the Vienna Philharmonic on the Decca label.

I absolutely loved this waltz – and I found a recording for it from quite out of the blue. You see, in Malaysia, we don’t have the luxury of getting the rarest items in anything you could name of.

I was at 1Utama one day wanting to catch a show in 2003, and there was this now-defunct music shop at the cinema level for me to pass time before the movie starts. Browsing thru its classical section idly, I suddenly caught sight of the EMI Classics Seraphim series with a selection of Strauss waltzes. At first I thought that the album was just another CD containing the usual Strauss works but upon careful inspection, revealed two new Strauss waltzes which I’ve never heard before – Feuilleton op. 293 and of course, Leitartikel. Never mind that it was conducted by Willy Boskovsky and performed by the Wiener Johann Strauss Orchester – these were two captivating waltzes and Boskovsky was certainly in his element.

The slow Introduction heralds the beautiful Waltz 1A and the spirited Waltz 1B. Waltz 2A and 2B are rather subdued but the festive mood resumed with Waltz 3A onwards. The stylish Waltz 3B is delightfully Viennese in nature and the hesitant Waltz 4A is also particularly noteworthy. Highly recommended to all Strauss fans everywhere. This waltz (which was performed in January 1863) also marks another milestone for the Waltz King who was awarded the distinguished title ‘k.k. Hofball-musikdirektor’ (Music Director for the Royal Court Balls) shortly after in February 1863. 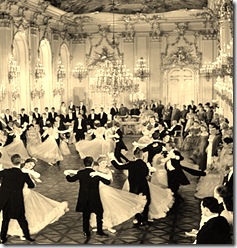 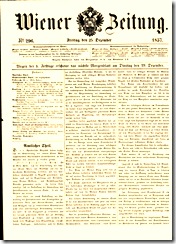 I’ve another anecdote for this one.

When the Classical Collection volume 8 was released in Malaysia in late 1993, this waltz was (in hindsight, erroneously) listed in the Collection as ‘Wo die Zitronen blühen’ (Where the Lemons Blossom) op. 364 and I carried the same impression that this ravishing waltz was titled as such until I bought BMG’s classical Greatest Hits series which featured Strauss and performed by the Chicago Symphony Orchestra under the direction of Fritz Reiner. Part of the selection includes Morning Papers and I’d bought the BMG cassette tape on the assurance that Morning Papers is a new work to be listened to and was astonished when the familiar strains of the D major Introduction reached my ears. We don’t have the internet and Youtube in 1994, so I’d need another hard evidence (read: cassette tape recording) to fully justify as to which piece is to be called ‘Morning Papers’.

I’d purchased the mammoth Music for the Millions series vol. 18 which featured Strauss and having made my comparisons and conclusions, Morning Papers was confirmed to be the same piece as the one featured on the BMG tape and not the Classical Collection vol. 8. Later in May 1996, I had the opportunity to listen to the equally compelling Where the Lemons Blossom.

Moral of the story – don’t believe everything you read and listen.

This is one of Strauss’ masterworks. The Waltz 1A is incomparable and the entire work alternates between being reflective and in a upbeat mood. Overall, this is one Strauss waltz which you should not miss out on. Waltz 2A is placid whereas 2B is quite the same although slightly more tuneful. Waltz 3A and 3B are boisterous and loud whereas Waltz 4A is quiet and brooding. Waltz 4B breaks loose with joy. Waltz 5A is the climax with cymbals whereas Waltz 5B is rather more subdued and reflective.

(Wiener Volksoper Orchester conducted by Alfred Scholz) – careful, there are two versions produced by the Vienna Volksoper and I’d prefer the one clocking in at 10 minutes 20 seconds rather than the sedate one closing in at 11 plus minutes. The former version is sharp and well-executed and the closing snare drumroll is memorable. 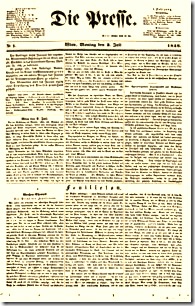 Back-to-back newspaper front pages in this entry – this enthralling piece is another one of my favourite waltzes. Smart, sassy and stylish – this waltz contains some of Strauss’ more exuberant themes. While again guilty for inserting the predictable Waltz 1A (which didn’t sound too bad), Waltz 1B and Waltz 2B are generously brash and uplifting. This waltz is seldom heard nowadays, but is one of the Waltz King’s enduring creations in 3/4 time.

(Wiener Johann Strauss Orchester conducted by Willy Boskovsky – EMI Classics). Willy Boskovsky’s interpretation is one of his best on Strauss waltzes. Perhaps I do like his style of conducting lesser-known Strauss gems as opposed to the familiar pieces. 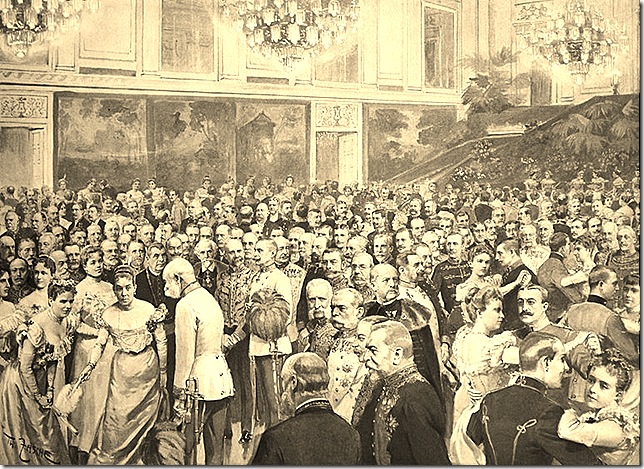 Another of Strauss’ most inspired compositions – the tranquil Introduction quickly gives way to a typical Austrian folk tune (Waltz 1A). Another evidence of citizen spirit would be the exciting Waltz 3B. Later waltz sections are also delightful and serve to enhance the gaiety of this piece. 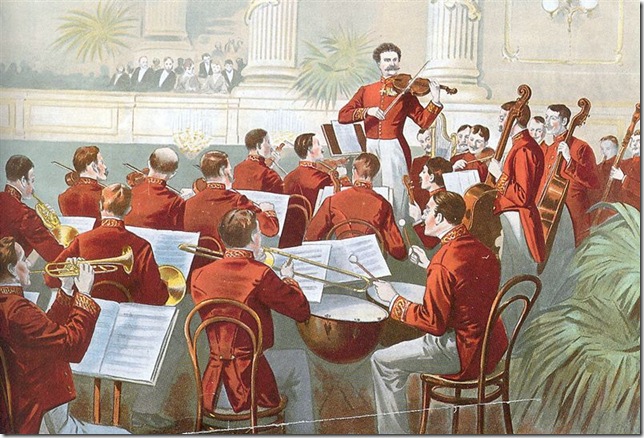 You would think that with such a highly regal title to a waltz, it would have to resemble the mighty Kaiser-Walzer op. 437 but surprisingly, the overall mood of this piece is relaxed and somewhat wistful in nature. At this point in Strauss’ career, his compositions have not evolved much in terms of structure (i.e. the same five two-part waltz sections) but his inspiration seemed inexhaustible – with the splendid Wiener Bonbons Walzer op. 307 and the Blue Danube waltz still to come. Particularly enjoyable waltz sections in this work are Waltzes 2A to 4B.

(vol. 3 to commence in due course)